Two main issues for people with an intellectual disability on Malta 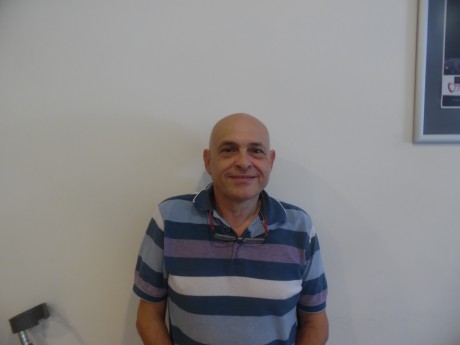 ‘I’m 60 years old. When I was nine months old, I got polio. My disability caused a problem at the time I had to go to secondary school. To get there I had to take the bus, but was physically not able to do that. Therefore, I was supposed to go to special secondary education. My mother refused this option since I had no intellectual disability. She went to the minister, that’s how it went, and he financed I could go to college nearby.

‘During my years at school, I had a difficult time. I felt the pressure of being disabled. I realised I had no girlfriend while my friends had. I started to understand people look differently at you when you have a disability. It made me depressed. My rescue was I joined the Handicapped Youth Society, founded in 1978, and that I got my own car at the age of 18. I didn’t go out much since the infrastructure was a disaster for people who have difficulties to walk. With the car I was able to go anywhere.

‘After my time with the Handicapped Youth Society I started working for Wens which I founded myself and of which I’m the director. We mainly work for people with intellectual disabilities who don’t have a home, because their parents are getting old and can’t take care of them anymore. They often end up in mental institutions or old people’s homes, but those are not the right places. We provide them their own home and take care of them.

‘There are several problems people with a disability are facing here on Malta. As far as the accessibility for the physically disabled is concerned parking space is one of them. I argue with the local authorities. The municipality says it is working on it, but in the meantime they build new buildings that request new parking places for the non-disabled. Which means the handicapped parking spaces become less. Accessible homes are also a big problem. Buildings are being constructed that are said to be accessible. It ends up they are not. For example, there’s an elevator to the apartment, but in the apartment itself there are steps to the bedroom. The CRPD (Commission for the Rights of Persons with Disabilities) must approve each new building project, but things go wrong often.

‘Finances are another problem on Malta. People with a disability are entitled to a pension that normally amounts to some 450 euro. This could be raised to maximum 630 euro, depending on how one scores on the so called barthel index. We fight that this latter sum should be standard for every person with a disability. The average rent on Malta amounts to 700 euro. Wens takes care of 43 clients in our homes. We manage their pension and make sure they can have a normal life.

‘One of the main problems that our clients are facing at the moment is the fact they don’t have a place of their own to meet each other. Their circle of friends or acquaintances stays small. When residents feel attracted to each other, I do have a problem. Sex between people with an intellectual disability is still a taboo on Malta. Should it become known it happens in my homes, I could be in trouble. They are also in need of a personal assistant. Someone who helps them taking decisions, since they are not able to do it themselves. The availability of a personal assistant is not standard arranged yet (more about the personal assistant in the last interview with Marthese Mugliette).’

Isabel (not her real name, at her request no pic)

‘I am 42 years old, married and have no children. I work together with my husband who has a computer repair shop. He does the repair, I take care of the sales. I used to work in an office, but I had to stop because my fibromyalgia made it too difficult for me to continue. I have been diagnosed some six or seven years ago.

‘I can’t stand up for a long time. Until now, I walk normally. Nobody can see from the outside that I do have this chronic disease which is a hindrance in my contact with other people and even my family. It is considered an invisible illness. They see a young woman who is supposed to be full of strength. Normally, people with fibromyalgia are of an older age. I am not that strong as seen visually. I don’t have the capacity to carry heavy things. Sometimes it is difficult to hang the laundry – I feel so much pain in my shoulders. However, I try to do everything on my own. One day I feel better than the other. If something is not possible to be done one day, I try  doing it another day. It takes me half an hour to feel my usual self after waking up from bed. My muscles will relax by then. I don’t get any pension and live in a normal house. I am not thinking about how my future will look like in 20 years time. In the case any adjustments in the house are to be done in the future, they will be carried out.

‘I’m a member of the ME & Fibromyalgia Alliance Malta. People with fibromyalgia meet each other and we try to raise funds. From time to time, we also meet government officials and ministers to improve our situation. For instance about the availability of medical marijuana or medical cannabis. At the moment, these medicinals are not prescribed to their patients by most doctors. I don’t use them myself. We are not given free or subsidised normal medicines like tablets for our condition.

‘My main personal concerns are my visits to the hospital. Not all doctors are able to help me and understand my condition well enough. They have created a new pain clinic where I do have an appointment in October. I don’t know what to expect. In the meantime, I do weekly exercises in the pool. They make me feel better. Our governmental state of the art hospital doesn’t have any pool.’

Marthese Mugliette and her daughter Gayle

Marthese Mugliette is President of the Malta Federation of Organisations of Persons with Disability (MFOPD), the national umbrella organisation for the disability sector. She has a daughter who has Down Syndrome, Gayle. First, Marthese tells about her work for MFOPD. After that, she tells about the situation of her daughter. Gayle told something about herself too, but since she doesn’t speak English her answers were translated by her mother.

‘Twenty-nine organisations of and for people with a disability and service providers are associated with MFOPD. Different kinds of disabilities are represented within our organisation. We also have six individual members, as either there’s no organisation for their impairment or they wish to execute direct influence. Malta is a small island. Everyone knows about our organisation. We aim to represent all disability organisations and to speak with one voice with them and for them. We work 100% on a voluntary basis, me too. Presently there is one full time volunteer and one person who has been released by the government. We are currently talking with the government about getting some finance, so we would be able to realise more. What is strange is that we still are not consulted automatically by the government with regard to disability matters, while we already exist 48 years. The government appointed a parliamentary secretary for the disabled. One would expect MFOPD would be invited by him …

'I have been working within this sector for more than 25 years, all on a voluntary basis. It’s a big responsibility, but I want to continue. My main priority to realise for people with an intellectual disability is the availability of a personal assistant. It would make their life much easier. They need an assistant to make decisions. A year ago I applied for one for Gayle. This is still in the process.

‘Gayle worked for six years in an office after which she was made redundant. She gets no unemployment money. She only gets a small pension which is not adequate enough for her to live an independent life. She is very independent, but still lives with me. When I am not around anymore, I wish she lived on her own with the help of a personal assistant. Presently personal assistants are co-founded by the government. The government pays 5.75 euro/hour. The rest must be paid by the disabled person which is thus not possible in the case of Gayle.

‘Gayle depends very much on me. As much as I can, I help her take the decisions. Gayle likes to do daily exercises, to read, to listen to music and to play the piano. There exists easy to read music which makes her able to do that. She has no friends, no place to meet other people. We have been working to create one for more than fifteen years. It is still not realised. I have no clear view of her future. I’m against Gayle living in a residential home. I prefer her living in the same house she was brought up in the community. For this to happen, she must have her personal assistant. This should made possible as soon as possible. I want to leave her in good hands before I’m not able anymore to take care of her. She has two sisters. One lives abroad, one is married. They have their own life and can’t be her feedback for 24 hours a day like I am. I talk with Gayle about these things. She admits she needs assistance to help her in life.’